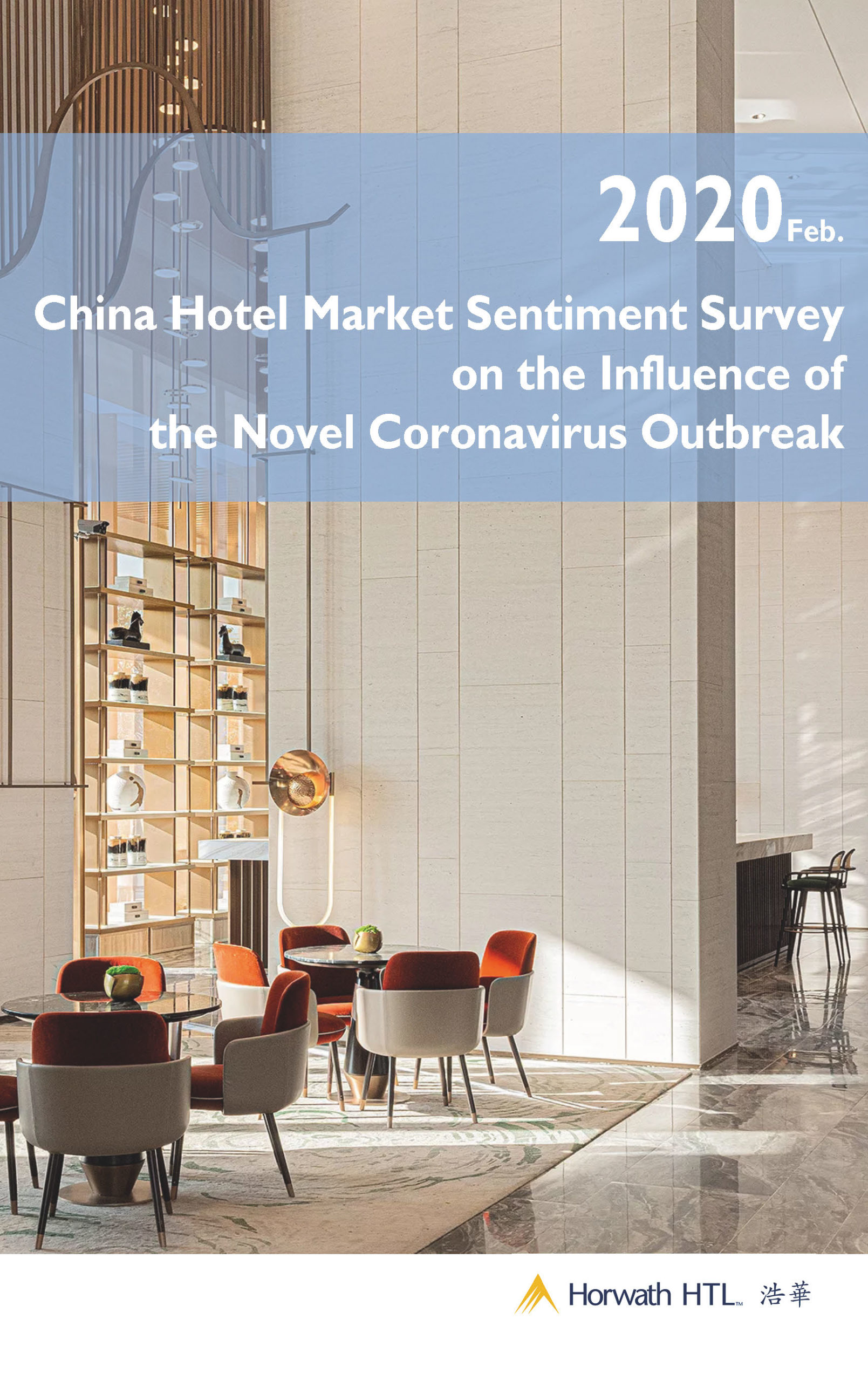 Market sentiment in China has plummeted to a historically low score, with the degree of pessimism reflected across all regions in China.

The latest Horwath HTL Hotel Sentiment Survey shows that most hoteliers believe that the hotel performance, occupancy and total revenue in particular, would be worse or a lot worse than last year. This is particularly hard because the original survey finished just before the outbreak and showed that sentiment was beginning to improve after several tough years.

In the last section of the report, we have also incorporated the data released by Horwath HTL between 2002 and 2004 in order to analyze and compare the impact of SARS on hotel performances as a reference. In this sentiment survey, we have incorporated a dedicated survey to assess the impact of the COVID-19 on China’s hotel market.

The China Hotel Market Sentiment Survey is designed to provide the China hotel industry with a quick assessment of the future market prediction. We have conducted the sentiment survey regarding the influence of the coronavirus outbreak in order to assess its impact on the market.

The five-question survey focused on the assessment of the duration and degree of the influence on the hotel market by the Coronavirus Disease 2019(COVID-19) outbreak, as well as the future outlook on occupancy, ADR and total revenue for the first half of 2020.

To measure and compare hotel markets across different regions and cities in China, we created an index to formulate an overall average sentiment score from the survey data, so as to better reflect hoteliers’ expectations toward the hotel market performance.

This report is based on the findings of Horwath HTL’s 19th China Hotel Market Sentiment Survey, and the additional survey on theinfluence of the coronavirus outbreak. Therefore, we have combined the sentiment scores before the outbreak, in order to provide a more comprehensive understanding of the influence on hoteliers’ expectations toward market performances.

This survey covers 685 hotels from 28 provinces and municipalities.

Under this impact, the market sentiment index has plummeted to a historic low score, and the degree of pessimism is similar across all regions. Most hoteliers believe that the hotel performance, occupancy and total revenue in particular, would be worse or a lot worse than last year.

The impact of the outbreak in January has resulted in the overall market sentiment score’s dramatic decrease to -116, reaching a historic low point. Given that the minimum score is -150, the impact on market confidence is self-evident.

After the coronavirus outbreak, second-tier cities encountered significant drop in sentiment scores, most of which range from -115 to -119. The similarity in sentiment scores across different regions represents a blow to market confidence throughout the country. As most hoteliers hold pessimistic attitudes, market performance in the first half of 2020 is believed to have dropped significantly compared to the same time last year.

Respondents generally held very negative views  toward the recovery of international market, with 70% expected that the recovery would be weak or very weak. Currently, under the announcement of “public health emergency of international concern” by World Health Organization (WHO), the demand from foreign markets is greatly impacted by the outbreak, and isexpected to require a much longer recovery period than the domestic market. The index of recovery in international demand is about 50 points lower than that of domestic demand.

Looking at market forecasts and individual hotel performances, hoteliers in most regions believe that occupancy and totalrevenue would be worse or much worse than those of last year, but their view on ADR is relatively moderate. On a regional basis, the central and southern China markets have shown the most negative views as they are severely affected by the outbreak.